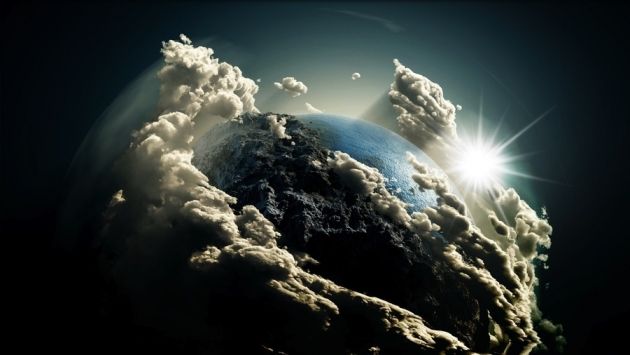 CO2 turned into stone in Iceland in climate change breakthrough
Radical new technique promises a cheaper and more secure method of burying CO2 emissions underground instead of storing it as a gas.

Carbon dioxide has been pumped underground and turned rapidly into stone, demonstrating a radical new way to tackle climate change.

The unique project promises a cheaper and more secure way of burying CO2 from fossil fuel burning underground, where it cannot warm the planet. Such carbon capture and storage (CCS) is thought to be essential to halting global warming, but existing projects store the CO2 as a gas and concerns about costs and potential leakage have halted some plans.

The new research pumped CO2 into the volcanic rock under Iceland and sped up a natural process where the basalts react with the gas to form carbonate minerals, which make up limestone. The researchers were amazed by how fast all the gas turned into a solid – just two years, compared to the hundreds or thousands of years that had been predicted.

“We need to deal with rising carbon emissions and this is the ultimate permanent storage – turn them back to stone,” said Juerg Matter, at the University of Southampton in the UK, who led the research published on Thursday in the journal Science.

Matter said the only thing holding back CCS was the lack of action from politicians, such as putting a price on carbon emissions: “The engineering and technology of CCS is ready to be deployed. So why do we not see hundreds of these projects? There is no incentive to do it.”

The Iceland project has already been increased in scale to bury 10,000 tonnes of CO2 a year and the basalt rocks used are common around the world, forming the floor of all the oceans and parts of the land too. “In the future, we could think of using this for power plants in places where there’s a lot of basalt and there are many such places,” said Martin Stute, at Columbia University in the US and part of the research team.

Testing has taken place in the Columbia River Basalts, extensive deposits in Washington and Oregon in the US. India, which has many polluting coal power plants, has huge basalt deposits in the Deccan Traps.

One potential challenge for the new technique is that it requires large amounts of water: 25 tonnes for each tonne of CO2 buried. But Matter said seawater could be used, which would be in plentiful supply at coastal sites. Another is that subterranean microbes might break down carbonate to methane, a powerful greenhouse gas, but this was not seen in the Iceland research.

The researchers re-injected 230 tonnes of the gas, which was dissolved in water to prevent it escaping, down into the basalt to a depth of 400-500m. They used tracer chemicals to show that over 95% of CO2 was turned into stone within two years, “amazingly fast” according to Matter. Edda Aradottir, who heads the project for Reykjavik Energy, said: “It was a very welcome surprise.”

The Iceland project has now begun scaling up to bury 10,000 tonnes of CO2 a year, plus the hydrogen sulphide which also turns into minerals. The Columbia University group are also investigating another rock type, found in Oman, which may be able to turn CO2 into rock even better than basalt.

In conventional CCS, the CO2 is stored as a gas in sedimentary rocks such as exhausted oil fields under the North Sea. Unlike basalt, these rocks lack the minerals needed to convert CO2 into stone. Such sedimentary reservoirs could potentially leak and therefore have to be monitored, which adds to costs.

They have also raised concerns from the public and projects on land in the Netherlands and Germany have been halted as a result. “In Europe you can forget about onshore CCS,” said Matter.

Conventional CCS also requires the CO2 to be separated from the mix of gases emitted by power stations and industrial plants, which is expensive. But the basalt-based CCS does not require this. However, Matter said there would still be a role for conventional CCS in places where power plants are close to good reservoirs.

Stuart Haszeldine, professor of CCS at the UK’s University of Edinburgh and not involved in the new research said it was promising: “This is terrific. It may well provide a low-cost and very secure remedy for parts of the world where the suitable rocks exist. [But] this needs to be used as well as all the existing propositions, because the problem to be solved of thousands of million tonnes of CO2 emissions per year in the world is immense and no single remedy is anywhere near big enough or fast enough.”

The UN’s Intergovernmental Panel on Climate Change has concluded that CCS is hugely important to tackling climate change in the most cost-effective way. Without CCS, the costs of halting global warming would double, the IPCC said, an assessment with which the UK government’s advisers, the Committee on Climate Change, agrees.

However, the UK government cancelled a pioneering ?1bn CCS competition in November. Globally, CCS has not developed as quickly as hoped, although some companies are using CO2 injection to drive more oil and gas from older fields. Haszeldine said there have been over 100 injections of CO2 gas in different countries worldwide since 1972, none of which are known to have leaked.

Other innovative approaches to CCS are being explored, including an ExxonMobil-backed project using fuel cells to make capturing CO2 cheaper and one from Ford which uses CO2 to make foam for use in their vehicles. Groups are also working on chemical advances to capture CO2 more easily.