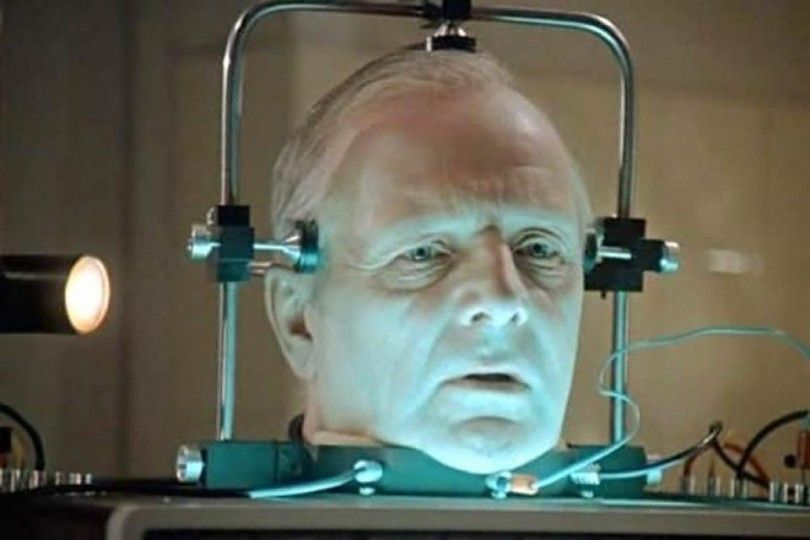 Six years ago, Wang Huanming was paralyzed from the neck down after being injured wrestling with a friend. Today, he hopes he has found the answer to walking again: a new body for his head.

Wang, a 62-year-old retired gas company worker, is one of several people in China who have volunteered for a body transplant at a hospital in the northern Chinese city of Harbin.

The idea for a body transplant is the kind of thinking that has experts around the world alarmed at how far China is pushing the ethical and practical limits of science. Such a transplant is impossible, at least for now, according to leading doctors and experts, including some in China, who point to the difficulty of connecting nerves in the spinal cord. Failure would mean the death of the patient.

The orthopedic surgeon proposing the operation, Dr. Ren Xiaoping of Harbin Medical University, who assisted in the first hand transplant in the United States in 1999, said he would not be deterred. In an interview, Ren said that he was building a team, that research was underway and that the operation would take place “when we are ready.”

His plan: Remove two heads from two bodies, connect the blood vessels of the body of the deceased donor and the recipient head, insert a metal plate to stabilize the new neck, bathe the spinal cord nerve endings in a gluelike substance to aid regrowth and finally sew up the skin.

Whether or not he performs the operation, leading medical experts have condemned the plan.

“For most people, it’s at best premature and at worst reckless,” said Dr. James L. Bernat, a professor of neurology and medicine at the Geisel School of Medicine of Dartmouth College.

Dr. Huang Jiefu, a former deputy minister of health in China, said in an interview in November that when the spine is cut, the neurons “cannot be reconnected, so it’s scientifically impossible.”

”Ethically it’s impossible,” Huang added. “How can you put one person’s head on another’s body?”

Critics attribute such medical experimentation in China to national ambition, generous state funding, a utilitarian worldview that prioritizes results, and a lack of transparency and accountability to the outside world.

“The Chinese system is not transparent in any way,” said Arthur L. Caplan, a medical ethicist at New York University. “I do not trust Chinese bioethical deliberation or policy. Add healthy doses of politics, national pride and entrepreneurship, and it is tough to know what is going on.”

Some Chinese researchers are also concerned that the experimentation is going too far, too fast.

“I don’t want to see China’s scholars, transplant doctors and scientists deepening the impression that people have of us internationally, that when Chinese people do things they have no bottom line – that anything goes,” said Cong Yali, a medical ethicist at Peking University, referring to Ren’s plans.

The Chinese government invested 1.42 trillion renminbi ($216 billion) in scientific research and development last year, compared with 245 billion renminbi in 2005, according to the National Bureau of Statistics.

Last year, researchers at Sun Yat-sen University, in the southern city of Guangzhou, altered a gene in the human embryo that causes thalassemia, a rare blood disease, using a technique developed in the United States. The experiment crossed an ethical line, some scientists in China and abroad said, because the changes would be inheritable if conducted on viable embryos. (The experiment used unviable embryos.) That could pave the way for permanent gene modification for qualities such as looks or intelligence.

Despite the concerns, in April another team in Guangzhou altered embryos to make them HIV resistant. Internationally, some scientists criticized the experiment, citing a lack of consensus on the ethics of such work.

The team, from Guangzhou Medical University, said that “significant technical issues remain to be addressed.” It added that on ethical grounds it would not advocate genome editing on viable lines “until after a rigorous and thorough evaluation and discussion are undertaken by the global research and ethics communities.”

Ethical issues have long dogged Chinese researchers in the field of organ transplants, where China was an international pariah for using the organs of executed prisoners. While China says it no longer uses those, Chinese transplant doctors still sometimes submit research from prisoner organs to international conferences, which is not permitted under global ethical norms.

This year, the International Society for Heart and Lung Transplantation said it had rejected research by a Chinese team at its annual meeting, in Washington, on those grounds.

Some Chinese scientists and ethicists say the concerns of medical experts, especially those overseas, are overblown. They attribute them to envy at China’s remarkable scientific and economic progress in recent decades.

“We see the reactions among Western commentators as a misunderstanding of the current situation,” Zhai Xiaomei, dean of the School of Humanities and Social Sciences at Peking Union Medical College, wrote in the journal Developing World Bioethics in January.

Critics were unwilling to acknowledge China “as an equal partner in the international debate about proper limits to the development of new biotechnologies,” she wrote. Zhai declined to be interviewed.

Ren is not the only one exploring the science of body transplants. Dr. Sergio Canavero of the Turin Advanced Neuromodulation Group in Italy, is a prominent advocate, and scientists at the Institute of Theoretical and Experimental Biophysics at the Russian Academy of Sciences are also researching aspects of the procedure. Neither Canavero nor the Russian institute has plans to carry it out, though, they say.

Ren, a native of Harbin, spent 16 years in the United States before returning home in 2012. He was part of a team from the University of Louisville that assisted in the hand transplant. He later moved to the University of Cincinnati, according to the website of the university’s Academic Health Center.

Ren has experimented with head transplants on mice, but they have lived only for a day. He said he had also begun practicing on human cadavers, but declined to give details.

The doctor and his supporters say the operation could help people with potentially fatal diseases affecting body function, such as spinal muscular atrophy, as well as those with paralysis like Wang.

Some aspects of the plan are technically possible, said Dr. Abraham Shaked, a professor of surgery and the director of the Penn Transplant Institute at the University of Pennsylvania. He said it could be possible to preserve the recipient’s brain and the donor’s body before transplant, attach many of the blood vessels and muscles, and control adverse immune reactions.

But it is still not possible to connect the nerves of the spinal cord, Shaked said.

“At this stage, I would call the attempt stupid rather than crazy,” he said in an email. “Crazy means it may be done. Stupid should not be done.”

As for using the gluelike substance, polyethylene glycol, to facilitate the growth of nerve endings, Shaked said, “Put it this way: It is like if the trans-Atlantic phone cable is cut by half, and someone wants to put it together using Krazy Glue.”

Ren agrees that it would be stupendously difficult.

“I’ve been practicing medicine in China and overseas for more than 30 years,” he said in an interview. “I’ve done the most complicated operations. But compared to this one, there’s no comparison.”

”Whether it’s ethical or not, this is a person’s life,” he added. “There is nothing higher than a life, and that’s the core of ethics.”

Amid the medical and ethical uncertainties, Wang and his family cling to hope.

For three years, his daughter, Wang Zhi, 34, and her mother hand-pumped oxygen into his lungs. Today, they have an automatic pump paid for by donations. But medical bills have used up their savings, Wang Zhi said.

“He cannot live, and he cannot die,” she said.

The family knows that if the operation fails, Wang Huanming will die. But it gives them hope amid their desperation.

“A medical procedure that sounds impossible may save us,” Wang Zhi said.