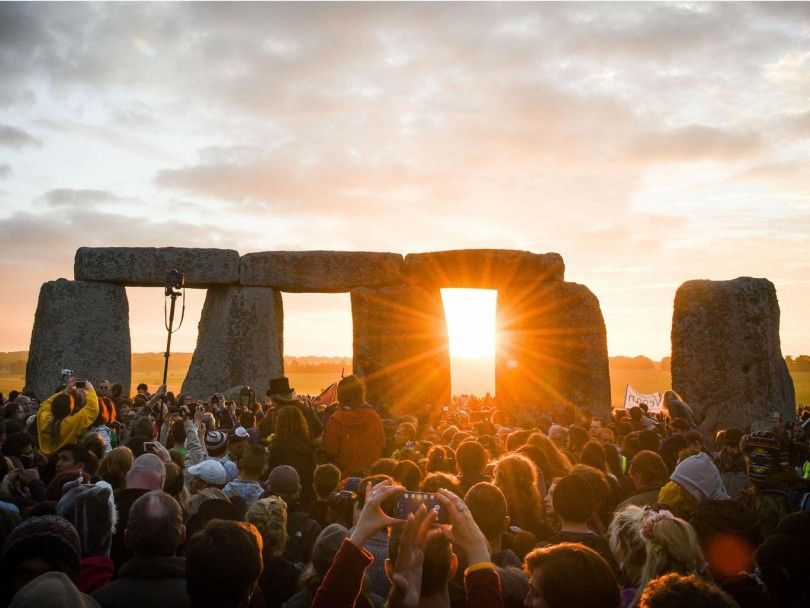 Remarkable new archaeological discoveries are beginning to suggest that Stonehenge was built at a time of particularly intense religious and political rivalry.

Just two miles north-east of the World Heritage site, at an important archaeological complex known as Durrington Walls, archaeologists have just discovered what appears to have been a vast 500-metre diameter circle of giant timber posts. The find is of international significance. 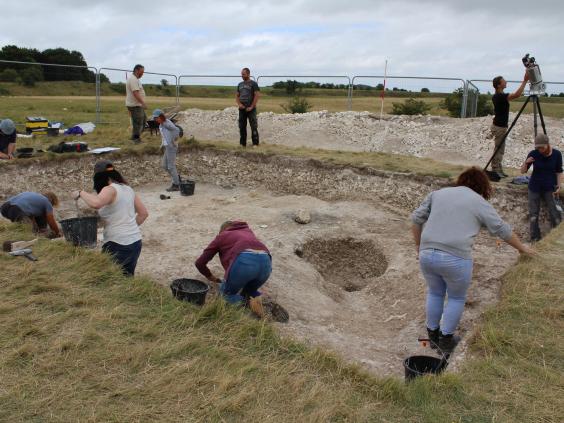 Originally archaeologists, using geophysics rather than excavation, had thought that they had found buried standing stones, so the discovery has totally changed their understanding of the site –  the largest ancient monument of its type in Britain.

However, the most significant revelation is the discovery that the newly identified timber circle complex was probably never fully completed – and that, just a few months or years after construction had started, there was a dramatic change in religious – and therefore almost certainly also political – direction. Work on the circle was stopped abruptly by around 2460BC – despite the fact that it was nearing completion. The 200-300 giant 6-7 metre long, 60-70 centimetre diameter timber posts were lifted vertically out of their 1.5 metre deep post holes – and were probably used to construct or expand other parts of the complex.

What’s more,  within a few months or years, the post holes themselves were then deliberately filled with blocks of chalk and were  covered up for most of the circuit by a bank made of similar chalk rubble. Two of the post holes have just been fully excavated – and, at the bottom of one, the prehistoric people who decommissioned and buried the site, formerly occupied by the giant timber circle, had placed one of their tools (a spade made of a cow’s shoulder blade) at the bottom of the post hole before it was filled in. It certainly hints at the ritual nature of how the change of religious direction was implemented.

It was as if the religious “revolutionaries” were trying, quite literally, to bury the past. The question archaeologists will now seek to answer is whether it was the revolutionaries’ own past they were seeking to bury – or whether it was another group or cultural tradition’s past that was being consigned to the dustbin of prehistory. 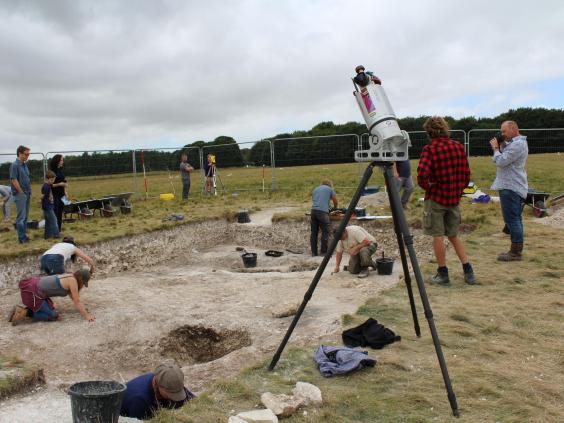 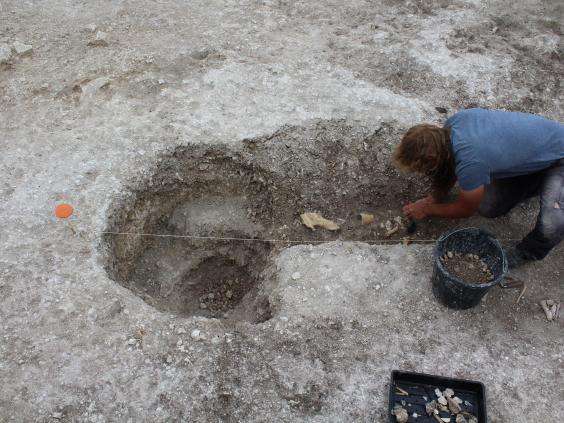 The discovery is particularly significant because the change of religious direction occurred at virtually the same time that Stonehenge itself was transformed from a large diameter circle of medium-sized stones to a much tighter smaller diameter circle of truly massive stones (the major ones we see today). It is also around the time that another very major Wiltshire prehistoric religious complex – Avebury – was being expanded through the construction of an impressive 2,500-metre-long avenue of standing stones. The 39-metre-high prehistoric Silbury Hill (near Avebury) – Europe’s largest artificial mound – was also built at around this time.
The changes may also be linked – in some direct or indirect way – to the arrival in Britain, at around or immediately after this time,  of a new cultural tradition (and probably some new peoples or new elites) – known to prehistorians as the Beaker culture.

The changes at Durrington Walls and elsewhere represent a key element of Britain’s story – part of the transition from the Neolithic era to the Bronze Age. Usually it is impossible to glimpse the internal religious and political rivalries and conflicts of our prehistoric past – but the Durrington discoveries are giving the modern world an unprecedented opportunity to begin to understand aspects of the past that are normally hidden from view. 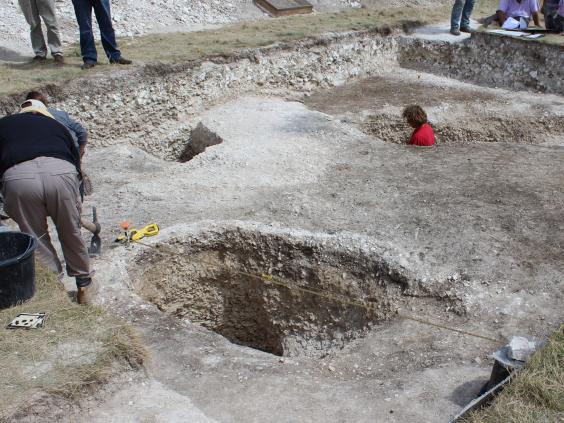 The Durrington Walls excavation has been carried out by a team of archaeologists led by Professor Vince Gaffney of the University of Bradford and Professor Mike Parker Pearson of University College London. The site is open to the public and is owned by the National Trust.

“The new discoveries at Durrington Walls reveal the previously unsuspected complexity of events in the area during the period when Stonehenge’s largest stones were being erected – and show just how politically and ideologically dynamic British society was at that particularly crucial stage in prehistory,” said Dr Nick Snashall, the senior National Trust archaeologist for the Stonehenge and Avebury World Heritage Site.