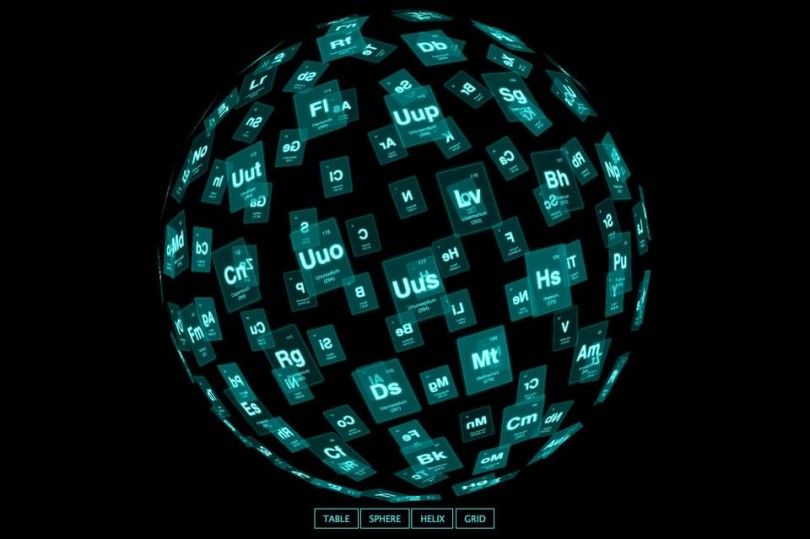 IUPAC is naming the four new elements nihonium, moscovium, tennessine, and oganesson
Following earlier reports that the claims for discovery of these elements have been fulfilled [1, 2], the discoverers have been invited to propose names and the following are now disclosed for public review:

The IUPAC Inorganic Chemistry Division has reviewed and considered these proposals and recommends these for acceptance. A five-month public review is now set, expiring 8 November 2016, prior to the formal approval by the IUPAC Council.

The guidelines for the naming the elements were recently revised [3] and shared with the discoverers to assist in their proposals. Keeping with tradition, newly discovered elements can be named after:
(a) a mythological concept or character (including an astronomical object),
(b) a mineral or similar substance,
(c) a place, or geographical region,
(d) a property of the element, or
(e) a scientist.
The names of all new elements in general would have an ending that reflects and maintains historical and chemical consistency. This would be in general “-ium” for elements belonging to groups 1-16, “-ine” for elements of group 17 and “-on” for elements of group 18. Finally, the names for new chemical elements in English should allow proper translation into other major languages.

For the element with atomic number 113 the discoverers at RIKEN Nishina Center for Accelerator-Based Science (Japan) proposed the name nihonium and the symbol Nh. Nihon is one of the two ways to say “Japan” in Japanese, and literally mean “the Land of Rising Sun”. The name is proposed to make a direct connection to the nation where the element was discovered. Element 113 is the first element to have been discovered in an Asian country. While presenting this proposal, the team headed by Professor Kosuke Morita pays homage to the trailblazing work by Masataka Ogawa done in 1908 surrounding the discovery of element 43. The team also hopes that pride and faith in science will displace the lost trust of those who suffered from the 2011 Fukushima nuclear disaster.

For the element with atomic number 115 the name proposed is moscovium with the symbol Mc and for element with atomic number 117, the name proposed is tennessine with the symbol Ts. These are in line with tradition honoring a place or geographical region and are proposed jointly by the discoverers at the Joint Institute for Nuclear Research, Dubna (Russia), Oak Ridge National Laboratory (USA), Vanderbilt University (USA) and Lawrence Livermore National Laboratory (USA).
Moscovium is in recognition of the Moscow region and honors the ancient Russian land that is the home of the Joint Institute for Nuclear Research, where the discovery experiments were conducted using the Dubna Gas-Filled Recoil Separator in combination with the heavy ion accelerator capabilities of the Flerov Laboratory of Nuclear Reactions.
Tennessine is in recognition of the contribution of the Tennessee region, including Oak Ridge National Laboratory, Vanderbilt University, and the University of Tennessee at Knoxville, to superheavy element research, including the production and chemical separation of unique actinide target materials for superheavy element synthesis at ORNL’s High Flux Isotope Reactor (HFIR) and Radiochemical Engineering Development Center (REDC).

For the element with atomic number 118 the collaborating teams of discoverers at the Joint Institute for Nuclear Research, Dubna (Russia) and Lawrence Livermore National Laboratory (USA) proposed the name oganesson and symbol Og. The proposal is in line with the tradition of honoring a scientist and recognizes Professor Yuri Oganessian (born 1933) for his pioneering contributions to transactinoid elements research. His many achievements include the discovery of superheavy elements and significant advances in the nuclear physics of superheavy nuclei including experimental evidence for the “island of stability”.

“It is a pleasure to see that specific places and names (country, state, city, and scientist) related to the new elements is recognized in these four names. Although these choices may perhaps be viewed by some as slightly self-indulgent, the names are completely in accordance with IUPAC rules”, commented Jan Reedijk, who corresponded with the various laboratories and invited the discoverers to make proposals. “In fact, I see it as thrilling to recognize that international collaborations were at the core of these discoveries and that these new names also make the discoveries somewhat tangible.”

Ultimately, and after the lapse of the public review, the final Recommendations will be published in the IUPAC journal Pure and Applied Chemistry. The Provisional Recommendation regarding the naming of the four new elements can be found on the IUPAC website at www.iupac.org/recommendations/under-review-by-the-public/.

Finally, laboratories are already working on searches for the elements in the 8th row of the periodic table, and they are also working to consolidate the identification of copernicium and heavier elements. To be able to evaluate this work, IUPAC and the International Union of Pure and Applied Physics (IUPAP) are currently reviewing the selection principle and operations of a future Joint Working Party (JWP) and as soon as these principles have been decided a new group will be formed. This new JWP will review new claims and the consistency of new results with those already evaluated by earlier JWPs.